Did you know that you can reduce your annual electricity bill by several hundred dollars if you replace fluorescent tubes with LED lamps?

Cost-saving of about $37 per year for every tube upgraded.

This example assumes 12 hours per day operation and an electricity tariff of $0.25/kWh.

The lighting in your home accounts for a large part of your electricity bill. The good news is that it doesn’t have to be that way.

If you replace fluorescent tubes with LEDs, you can save $200 a year (if not more).

So what is the most cost-effective way to switch from fluorescent to LED lights?

But there are other options as well. For example, factors such as the existing light sources and the location can influence your decision.

In addition, your lighting requirements and budget may also influence your choice.

Whatever you decide, one thing is certain: LEDs offer many advantages. They save energy costs, and your light bulbs will last much longer.

One of the most cost-effective ways to switch to LED is to replace your current fluorescent tubes with LED retrofit tubes.

There are two options and it will depend on what is aready installed.

Electronic ballast fittings – no starters. Unlike the the magnetic ballasts, these fittings do not have a starter. These units will require an electrician to ‘wire out’ the existing ballast.

We are always available to come and give you a quote on what option you should go with.

Since the ballast consumes no more than 10% of the energy used by the luminaire, this is an extremely energy-saving method.

This method also avoids ballast failures. Moreover, you do not have to deal with annoying flickering or dimming. Retrofit LED tubes are available in both standard and high-efficiency versions.

What’s more, you benefit from more brightness. For example, if you replace a 4-foot luminaire with four fluorescent tubes with this many LED retrofit tubes, you can double the brightness.

In addition, your power consumption will be much lower. Compared to the 172 W consumed by fluorescent tubes for the four lamps and the 4-foot fixture, standard LEDs consume approximately 80 W.

Furthermore, the electricity savings are likely to be much higher if you invest in high-efficiency models. For example, two fluorescent lamps can be replaced by one ultra-high-efficiency LED. This means that the power consumption drops from 128 W to 40 W, which is pretty impressive in any case.

Last but not least, the life of the lamps is also considerably extended. While the average life expectancy of fluorescent lamps is around 30,000 hours, the average LED lasts 50,000 hours.

If you value an effortless setup, you should use magnetic LED strips.

Since both the LED strips and the LED driver are magnetic, they can be easily attached to metal fixtures. This eliminates the need to connect power to sockets.

Connect the LED driver to a power source and connect it to the LED strips using the quick-release couplings provided. The old ballast is replaced by the driver and the bulbs by the LED strips.

Ultra-high LED strips produce more excellent brightness than the lumen LEDs mentioned above. About 30 W is consumed for two four-foot lights, whereas, for four four-foot strips, 60 W is consumed. Each strip produces 2100 lumens. You can buy the strips in one, two, three or four per set. You only need one driver for each set.

You also have the option of replacing your current fluorescent tubes with LED tubes and fixtures.

Advantages of an LED luminaire

This method allows you to take full advantage of the new possibilities offered by LED technology. These include the following:

In addition, you do not have to lay new cables, apart from what you need to replace the luminaire.
Plus, the upgrade automatically fixes problems with old luminaires or faded or yellowed lenses.
Have you checked out our outdoor and pool lighting article?

LED lights look attractive and uniform and provide even light distribution. This eliminates shadow areas and gives you better lighting.

Did you also know that many LED panels come with a remote control? This is a good option if you are unsure about the colour temperature. With the touch of a button, you can adjust the light intensity and colour temperature to your liking.

These slim and elegant light fixtures can be easily suspended from wires or surface mounted.

Longer lamp life, higher brightness and protection from dust and water are some of the main benefits of these light fixtures.

Do I need a special light switch for LED lamps?

That depends. Since LEDs are not always compatible with conventional switches, you may need to invest in a high-quality dimmer.

Are LED lamps cheaper to run than energy-saving lamps?

Yes, they are. LEDs require much less wattage than incandescent bulbs or CFLs. Therefore, they are much more energy-efficient than either of these.

Are LED lamps bad for your eyes?

Cheap, low-quality LED bulbs emit “blue light”. According to experts, this “blue light” can not only disturb your natural sleep rhythm but also damage your retina.
For this reason, you should always buy high-quality LEDs – i.e. CRI90+LED bulbs.

If you would like more advice on LED lights in your home, workplace or even factory.
Get in touch with the team at Multivolt Electrical
We are experts in all sorts of lighting options. 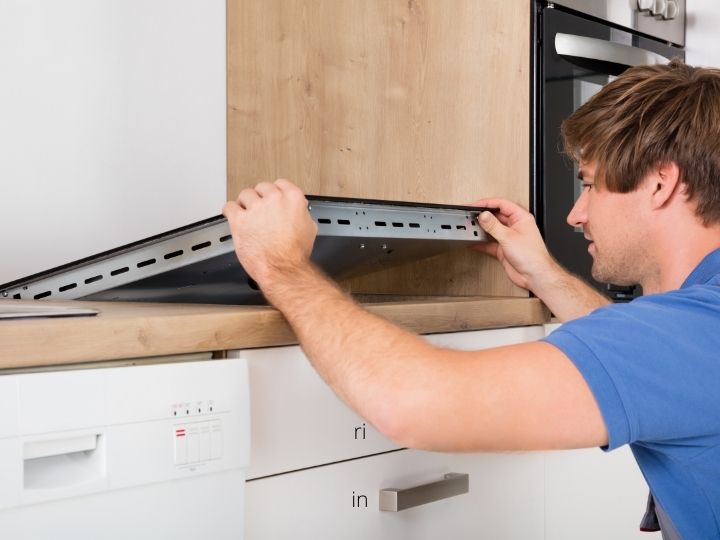 Induction cooktops for your Kitchen: Upgrade and do it right There’s no question about it – induction cook tops can be found in many homes… 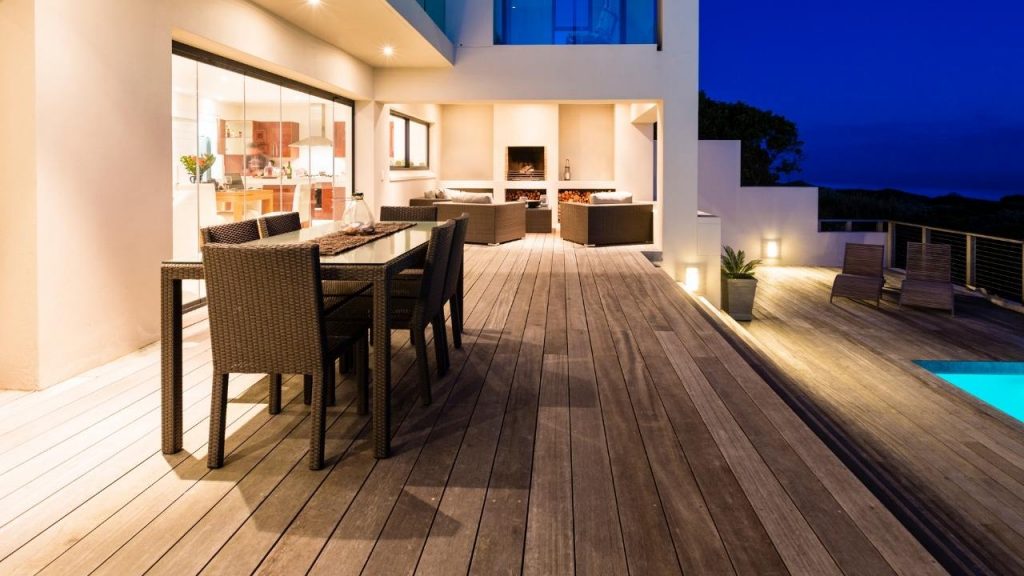 A guide for beginners to pool landscape lighting: types, tips and other options  A well-lit swimming pool not only provides a safer environment but can… 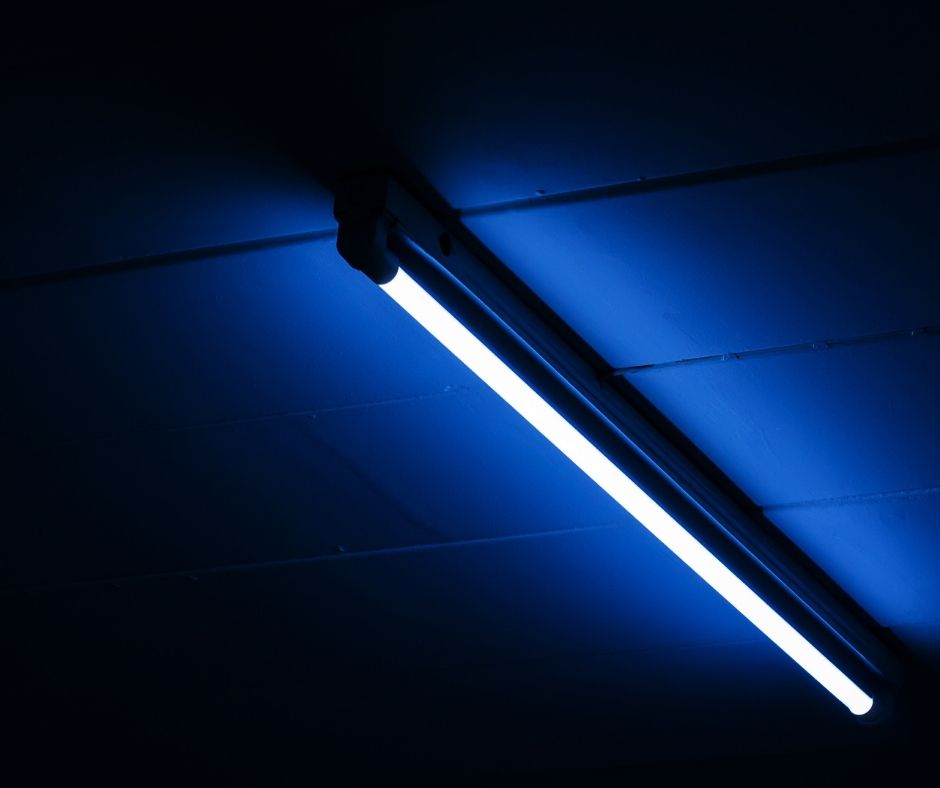 When you think of fluorescent tubes, do you think dingy offices, or the old flickering light in the garage that gave you the creeps as…